The mission of Key West Literary Seminar is to promote the understanding and discussion of important literary works and their authors; to recognize and support new voices in American literature; and to preserve and promote Key West’s literary heritage while providing resources that strengthen literary culture.

A strong literary culture depends upon all voices having access to the discussion. We are dedicated to fostering a culture of equity, diversity, and inclusion in our workplace and among the communities we serve.

Established in 1983, the annual Seminar explores a different literary theme each January. The best writers of our time join readers from all over the world for four days of readings, conversations, lectures, panel discussions, and parties that add up to one of today’s smartest and most high-spirited literary gatherings. Our Writers’ Workshop Program is led by esteemed faculty and provides writers at all stages of development with opportunities to explore the craft of writing in a focused and nurturing environment. As part of our commitment to emerging writers, we present three annual awards; provide financial assistance to teachers, librarians, students, and writers; and provide writers’ residencies to support the production of new and compelling work. Our Audio Archives Project makes unique presentations from the Seminar available online for use by educators, students, and readers worldwide; and our blog, LITTORAL, explores Key West’s unique literary heritage in essays, interviews, and images. In 2019, we acquired the former home of celebrated poet Elizabeth Bishop, at 624 White Street. Our goal is to restore this national treasure and preserve it as it was when Bishop lived here in the 1930s and 1940s.

An island of only five square miles, nearer to Havana than Miami, Key West has one of the most intriguing literary heritages of any place in America. Whether drawn by the climate or its famed anything-goes atmosphere, many of the greatest writers of the modern era have called Key West home. Ernest Hemingway wrote To Have and Have Not from his house here on Whitehead Street. Elizabeth Bishop worked on North and South from her place near the corner of White and Southard; she later rented the home to Charles Olson, who wrote his first published poems here. Many of Wallace Stevens’s poems were influenced by his stays at the Casa Marina hotel in Key West, where he walked on the beach with Robert Frost and brawled with Hemingway. Tennessee Williams lived on Duncan Street and partied with Truman Capote, James Leo Herlihy, and Thomas McGuane. Richard Wilbur and James Merrill lived in old town just a few blocks from one another, and played a regular game of anagrams with John Hersey. And the list goes on: Ann Beattie, Judy Blume, and Annie Dillard are just a handful of the writers who continue to make a home in Key West. It is a special place. We hope you will join us here soon. 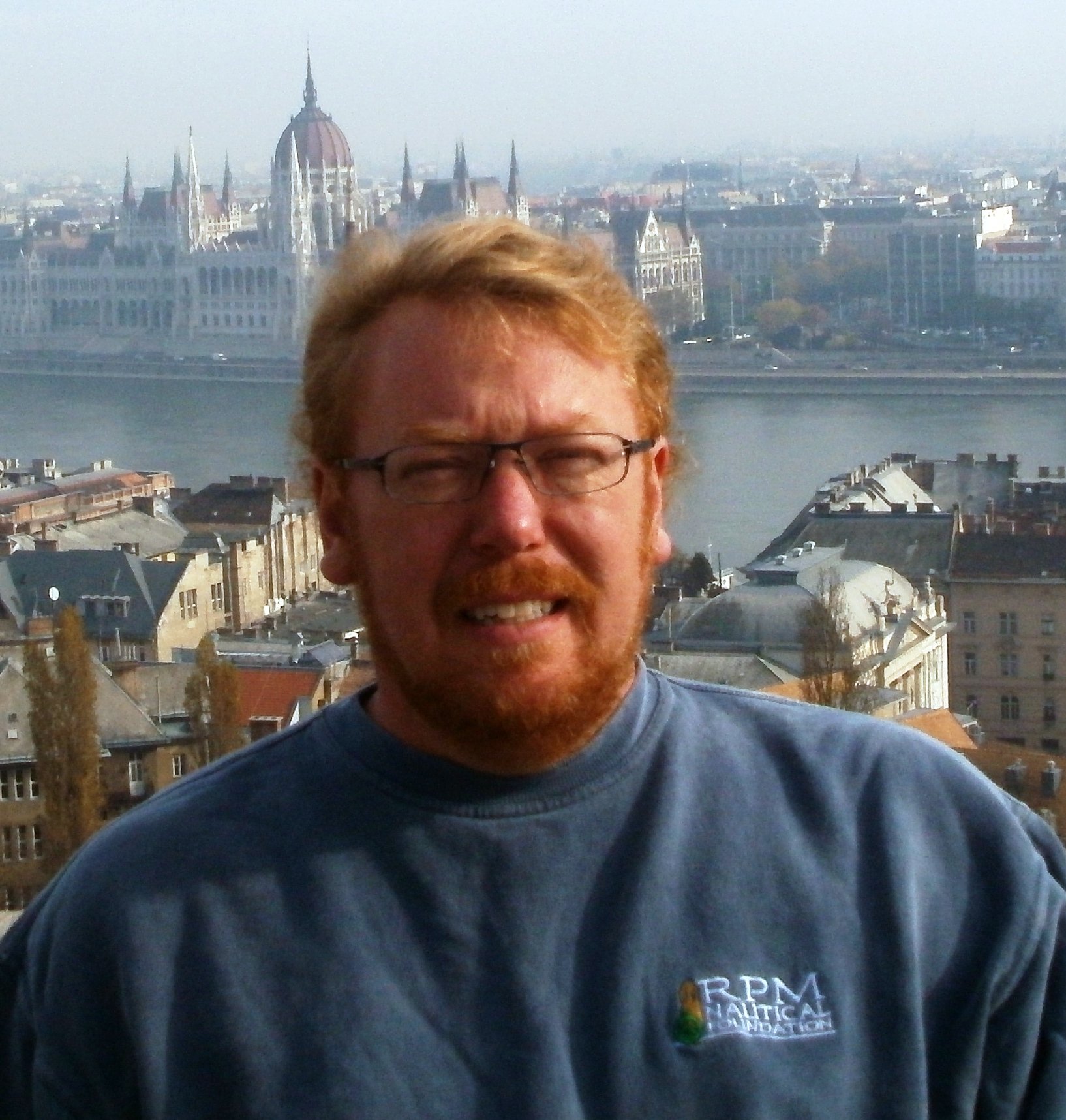 Michael Blades, vice president, was a fifteen-year attendee of the Seminar prior to joining the board in 2009. He worked for many years for the coral reef conservation organization Reef Relief in Key West before taking a position as logistics director for the RPM Nautical Foundation in 2006. Michael serves as volunteer coordinator for the Seminar.
Judy Blume is the author of twenty-nine books. She has written for children, teens, and adults. Her latest novel, In the Unlikely Event, set in New Jersey in the 1950s, was inspired by a speaker at the 2009 Seminar. She is the founder, with her husband, George Cooper, of Books & Books @ the Studios of Key West, a nonprofit, independent neighborhood bookstore. Come by and say hello! 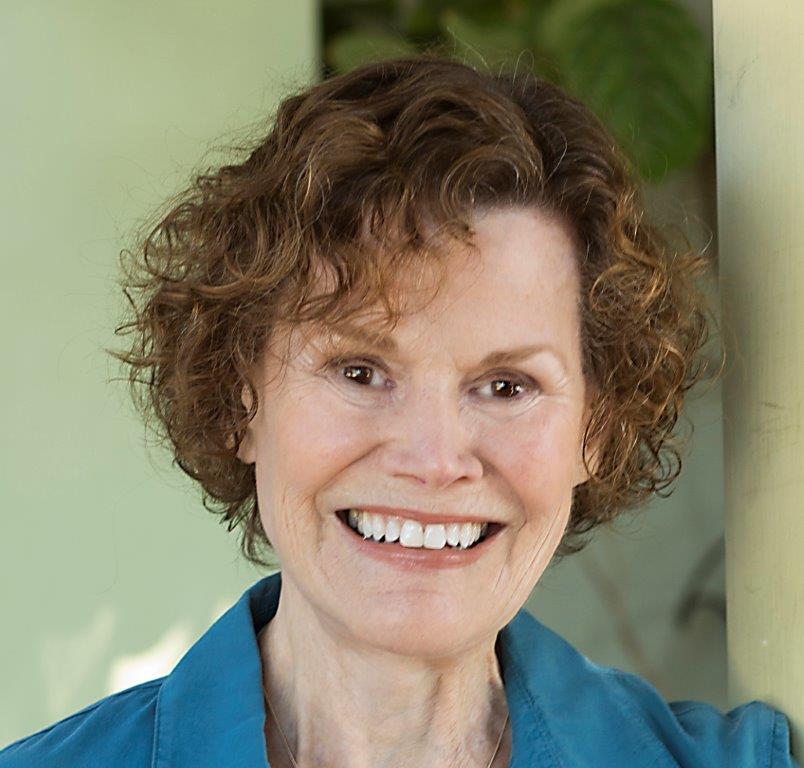 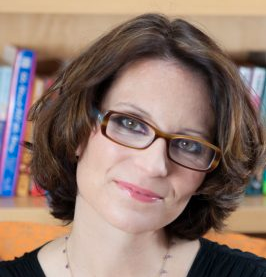 Meg Cabot is the bestselling author of more than eighty books for children, teens, and adults, including The Princess Diaries series. A frequent Seminar attendee, she has lived in Key West with her husband, Benjamin Egnatz, board chair of Key West's Tropic Cinema, since 2004. Meg volunteers as a mentor for Take Stock in Children, an organization that provides college scholarships to low-income, academically qualified students.
Leslie Concepcion, treasurer, is a twenty-five-year Key West resident, previously from Miami. She has worked in banking and finance for thirty years, currently as a loan originator with Keys Financial Mortgage, her family’s local business. She is a former member of Key West High School Advisory Council and former board chair and volunteer at May Sands Montessori School. Leslie shares her love of books with her son, now a University of Florida student, and they have attended the Sunday free session of the Key West Literary Seminar together many times. 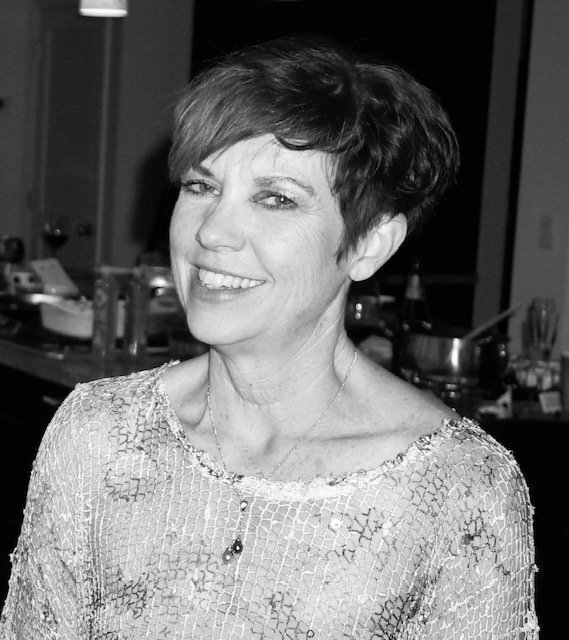 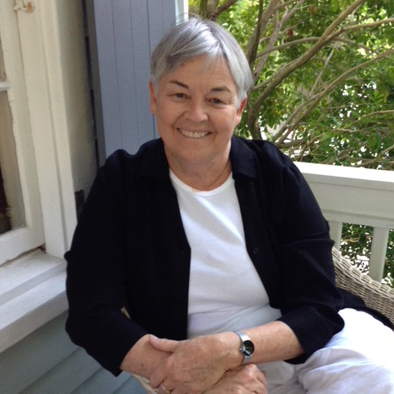 Peyton Evans was for many years a writer and editor in New York City at Condé Nast, Hearst, and Avon Books. She joined the KWLS board in 2001 and was the Seminar program chair for "Wondrous Strange: Mystery, Intrigue, and Psychological Drama" (2007) and "Writers on Writers" (2013). With the exception of a two-year hiatus in California, Peyton has lived in Key West since 1998.
Lynn Kaufelt is past board president and was the Seminar’s first director in 1983. She is an active real estate agent, the author of Key West Writers and Their Houses, and serves on the advisory boards of the Studios of Key West and Take Stock in Children. Lynn was the 2009 Florence Spottswood Humanitarian of the Year. 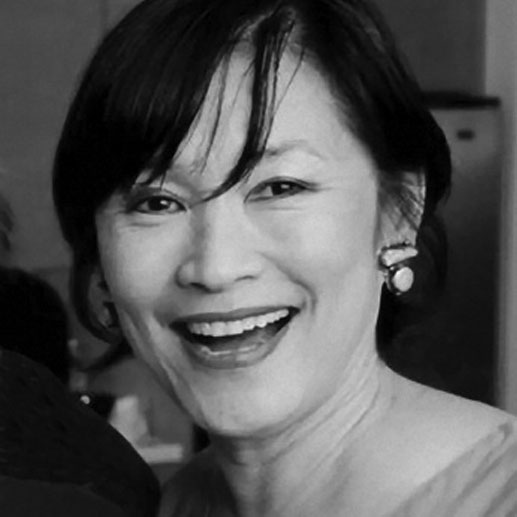 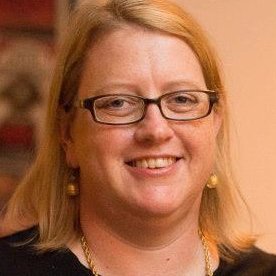 Nancy Klingener, president, is the Keys reporter for WLRN, South Florida's public radio station. She has lived in Key West since 1991 and has worked for several local and regional news outlets, as well as the local college and public libraries.
David McConnell is author of of the forthcoming novel The Beads (ITNA Press Spring 2023), as well as the novels The Firebrat and The Silver Hearted. His narrative account of hate crimes, American Honor Killings: Desire and Rage among Men, won an American Library Association Stonewall Book Award in nonfiction. His short fiction and literary journalism have appeared widely in magazines and anthologies and he was cochair of Lambda Literary from 2009 to 2011. With his partner, Darrell Crawford, David divides his time between Key West and New York City. 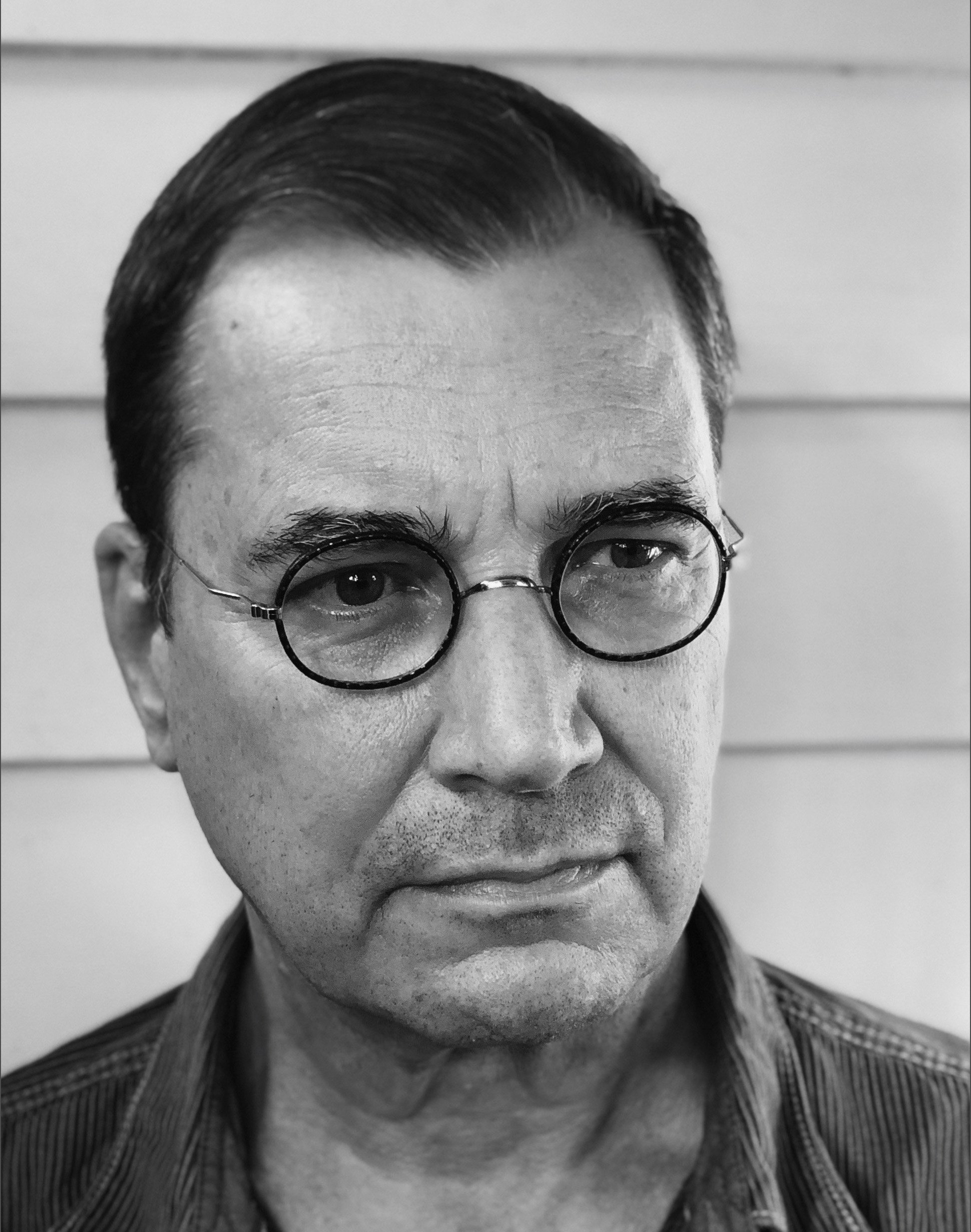 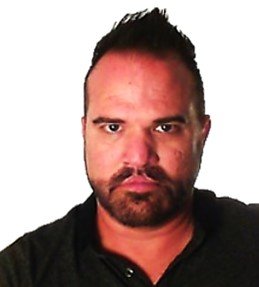 Michael Nelson, secretary, has been a public librarian for more than seventeen years and is the assistant director of public services for the Monroe County Public Library system. He has master’s degrees in both library science and creative writing from the University of South Florida in Tampa. He joined the KWLS board in 2017.
Lori Reid has worked for nonprofits in Key West since moving there in 1999. She worked at the Tropic Cinema for twelve years, eight of those as theater manager, retiring in December 2017. She joined the staff at Books & Books @ the Studios of Key West in March 2018. Semiretirement has afforded her the opportunity to spend more time reading—a lifelong pleasure. She joined the board in 2018 and is program chair of this year's 40th annual Seminar, "Singing America: A Celebration of Black Literature." 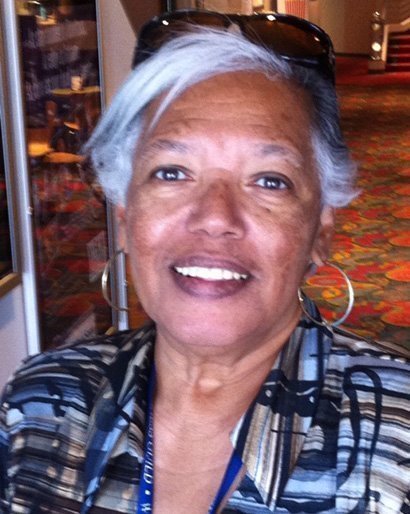 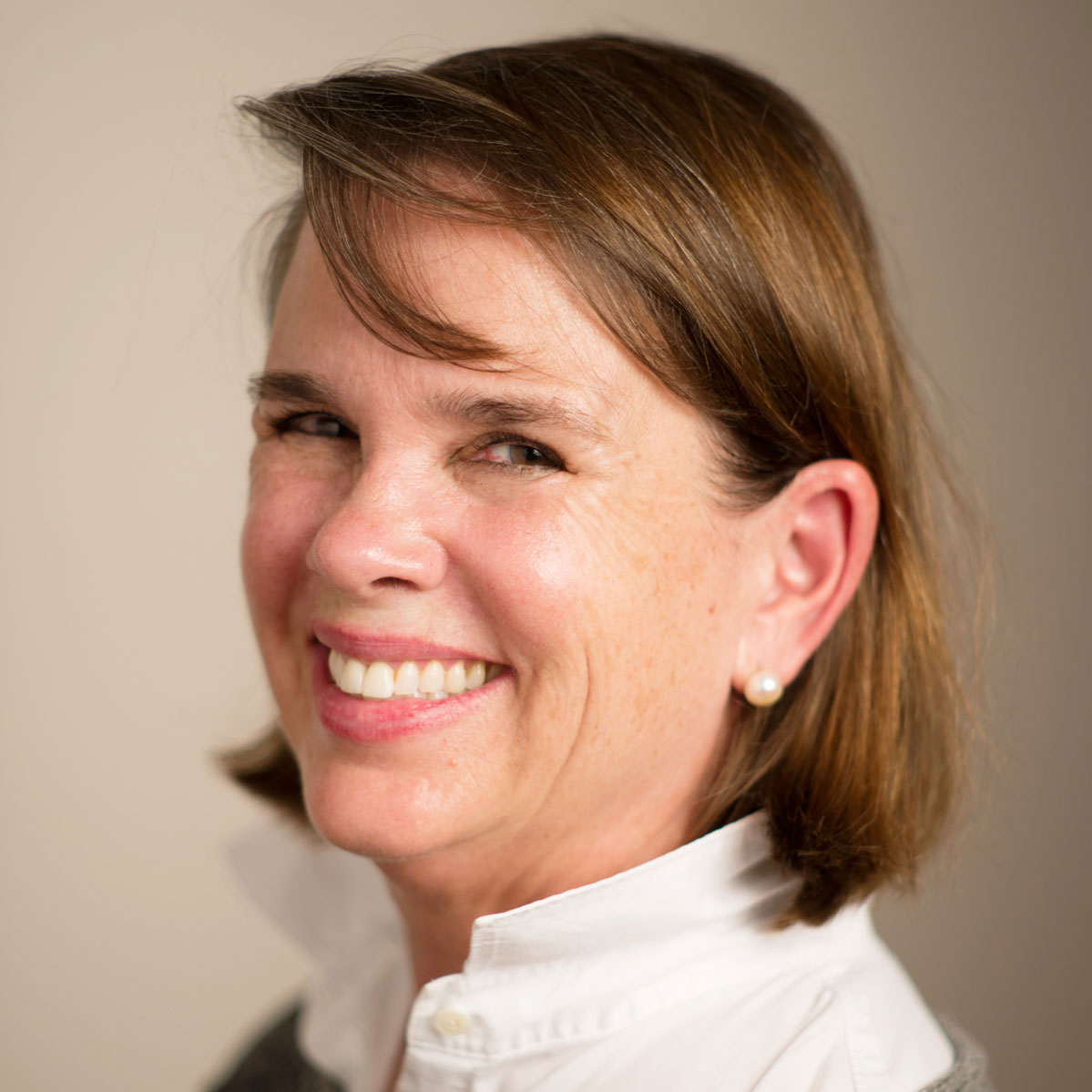 Diane Shelby, past president, first attended the Seminar in 1995 during a free and open-to-the-public Sunday afternoon session. She became a Seminar volunteer and joined the board of directors in 2005. She is an owner of Hands On Gallery, an art-to-wear boutique.
Carey Winfrey retired as editor of Smithsonian magazine in 2011. He is author of the memoir Starts and Finishes: Coming of Age in the Fifties and Hail to the Chief (with co-author John Leslie), a novel about high jinks in the nation's capital. He was Seminar program chair of “Revealing Power: The Literature of Politics” (2017). 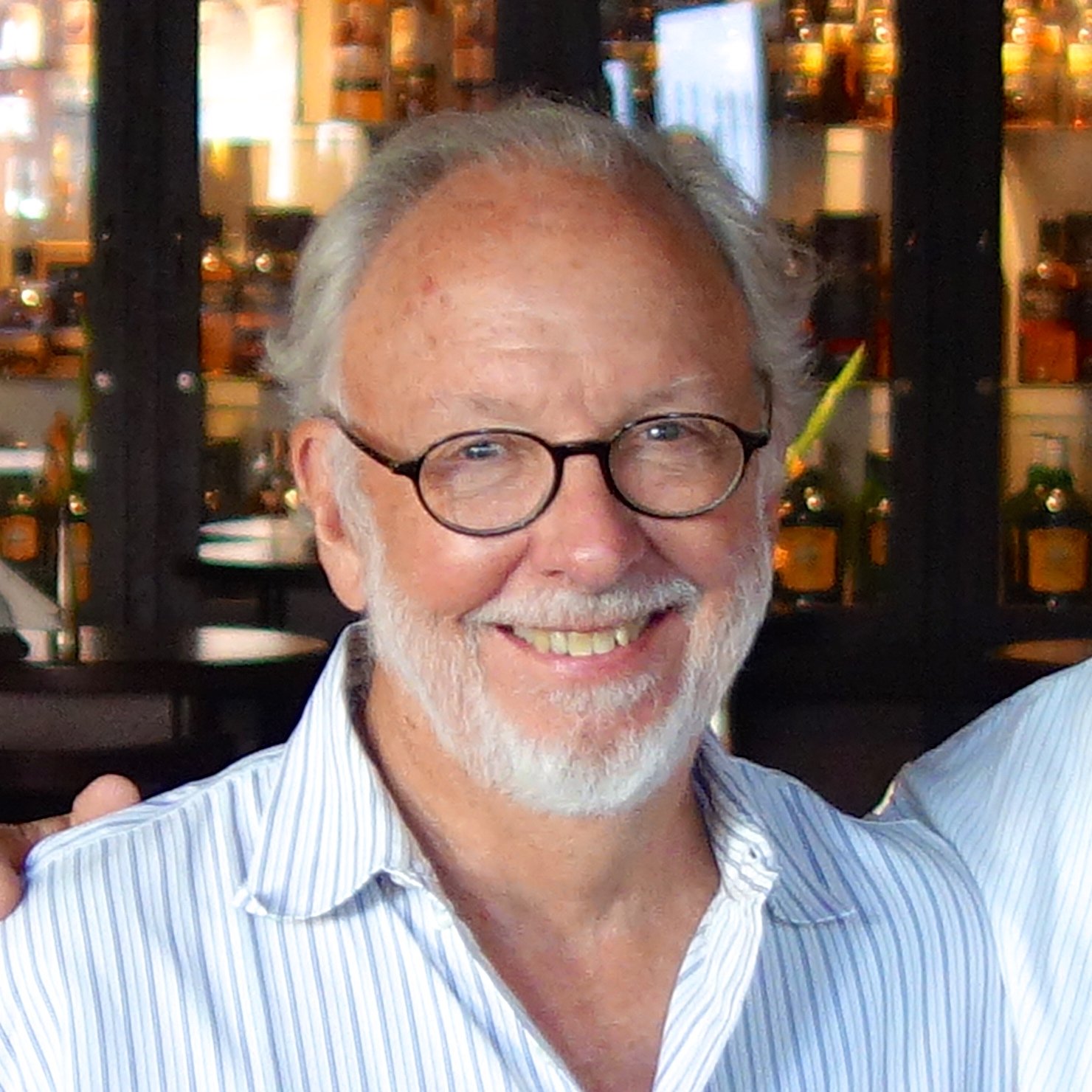 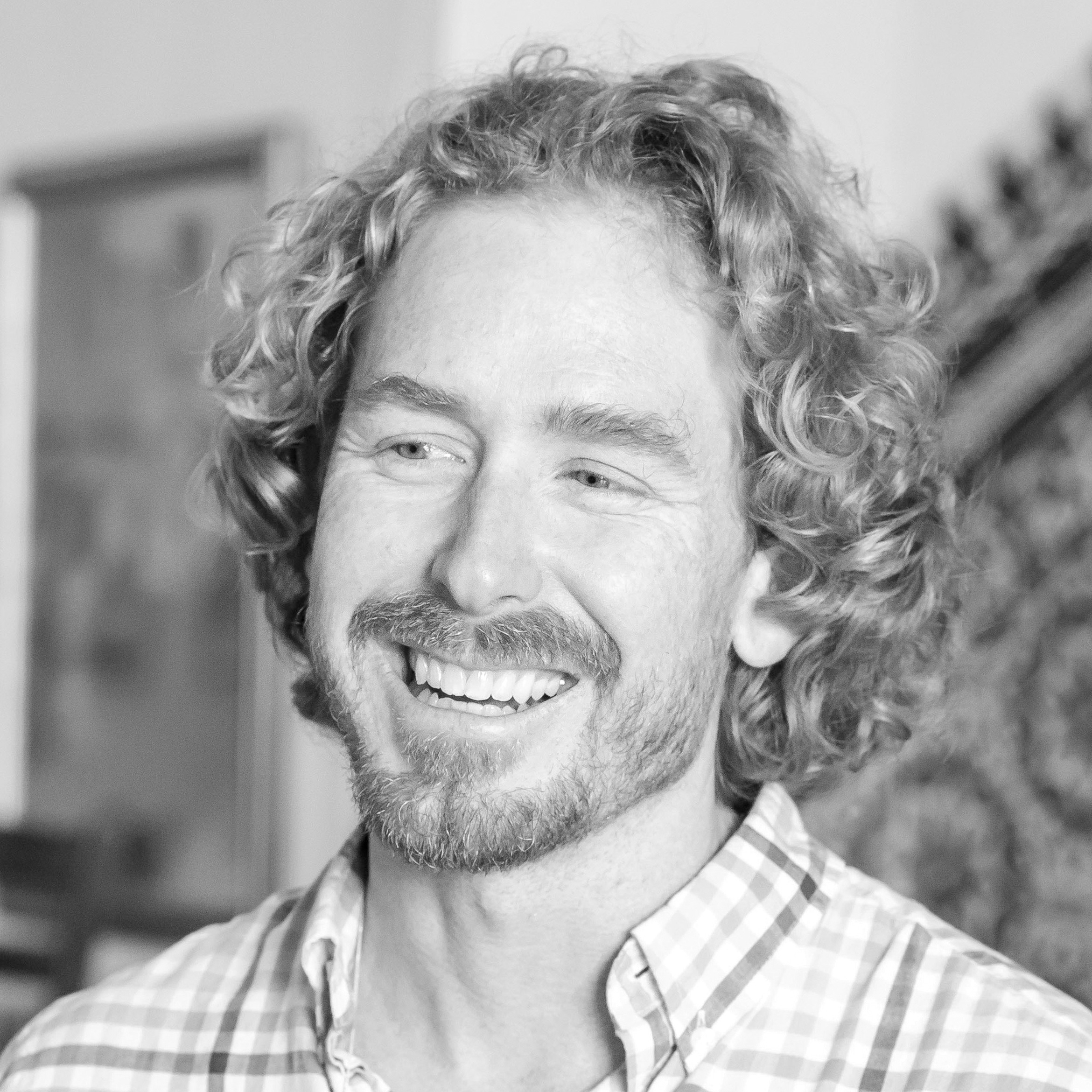 Arlo Haskell, executive director, is the author of the Florida Book Award-winning The Jews of Key West: Smugglers, Cigar Makers, and Revolutionaries. He is also the publisher of Sand Paper Press and was named Poet Laureate of Key West in 2019. During the pandemic, he cofounded the Committee for Safer, Cleaner Ships and helped organize voter referendums that established the first-ever regulations on cruise ships in Key West. He lives in old town with his wife, Ashley, and their daughters, Aviva and Zadie.
Katie Leigh, administrative assistant, began working for the Seminar in 2016. Her previous careers include public relations account executive, ESL teacher, volunteer coordinator, freelance writer, waitress, ice cream vendor at Wrigley Field, and kayak tour guide. When the 2021 Seminar was postponed, she took the opportunity to travel around the United States in an RV for nine months with her husband and two sons, ages 6 and 12. They covered nearly 19,000 miles through 25 states and 29 national parks from August 2020 through May 2021. 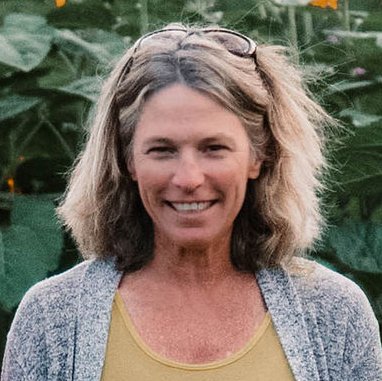 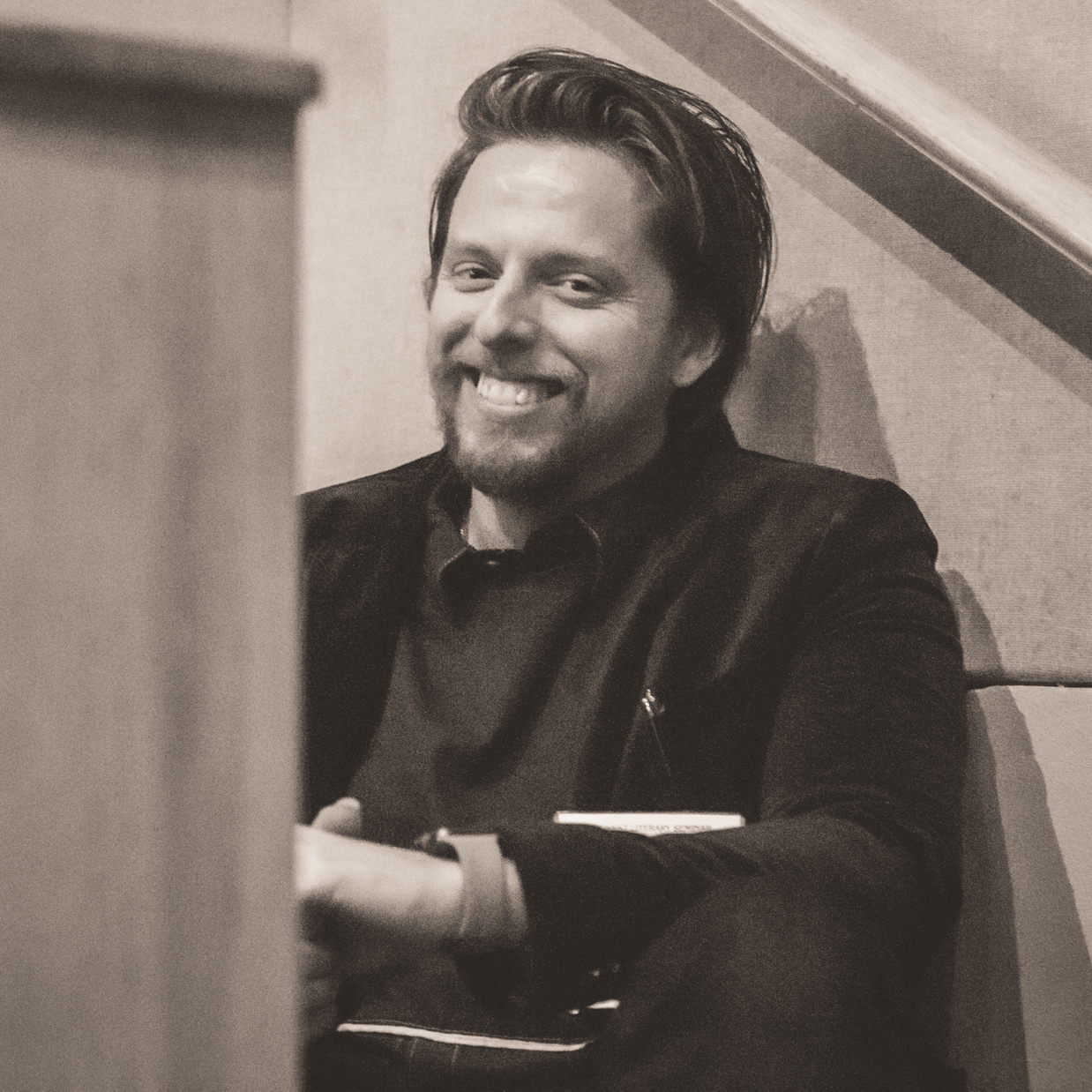 Ben Pegg, technical director, is a Florida Keys–based producer and songwriter. He has been a sound designer for theatrical productions at the historic Waterfront Playhouse, Red Barn, and The Studios of Key West. In addition to his production work, he is a Steinway-affiliated piano technician following an apprenticeship with Brenton Evans in New Haven, Connecticut. In 2016 Pegg was credited as assistant producer on the award-winning science documentary film Monster in the Mind for his production work.

Kate Peters is KWLS education coordinator and lead teacher for the Young Writers Studio and Voice on Paper, a personal essay workshop for high school students. She also develops curriculum to precede the annual visiting writer presentation at Key West High School during the January Seminar. Kate lives and works in Richmond, Virginia, where she teaches ninth-grade English and AP English 12 at St. Catherine’s School. She is the faculty sponsor of the school’s feminism club and honor council. 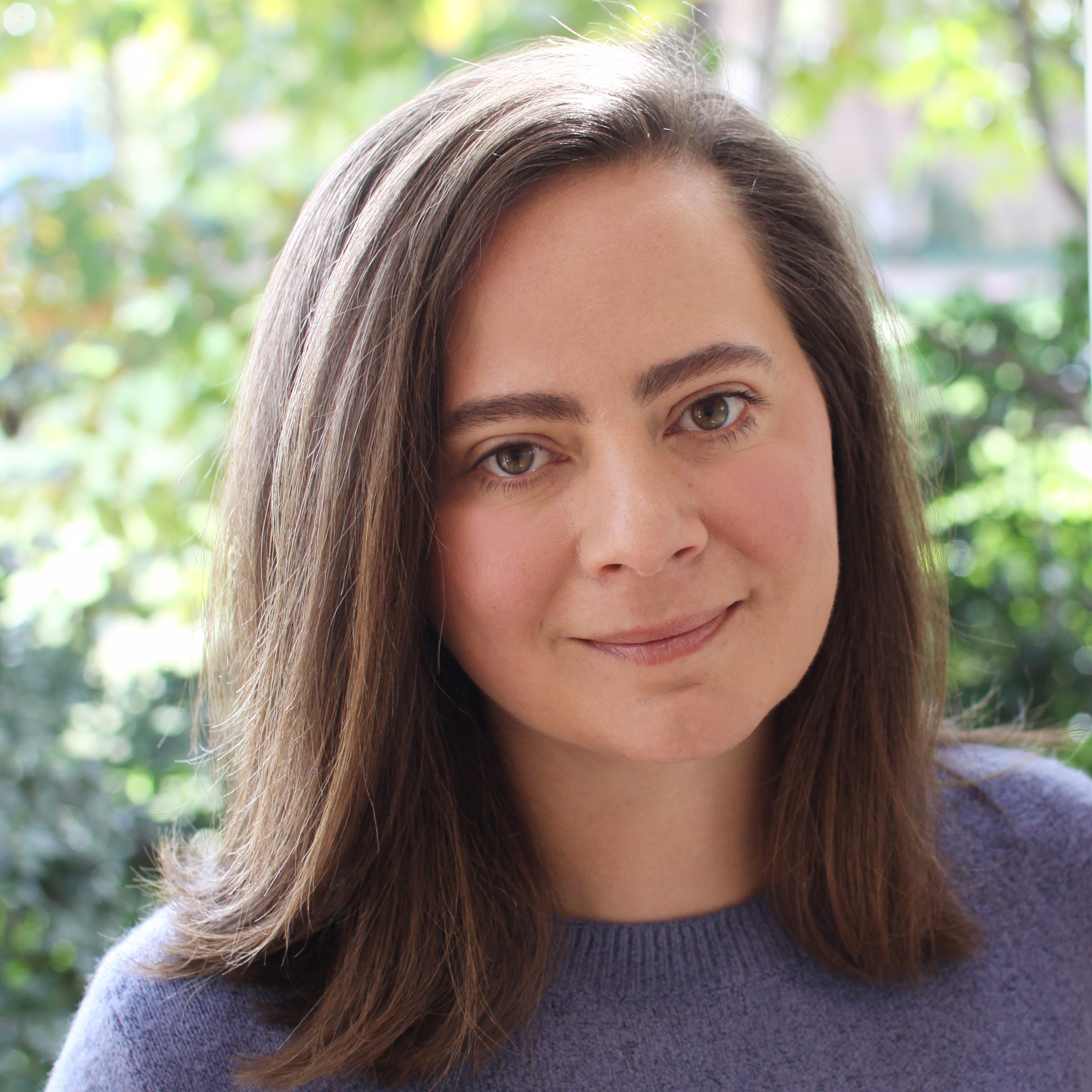 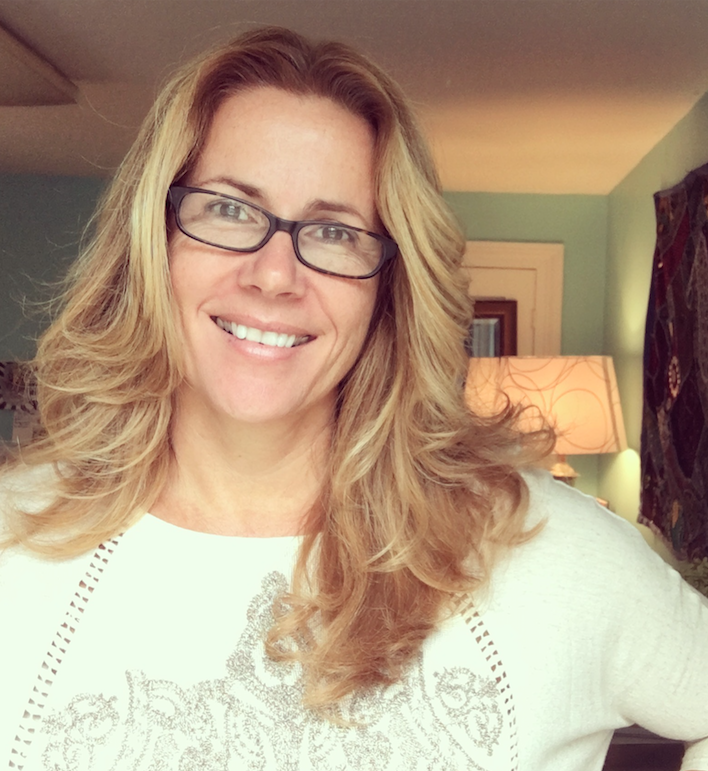 Katrin Schumann, program coordinator, is the bestselling author of the novels The Forgotten Hours and This Terrible Beauty. She teaches and consults through GrubStreet in Boston, the largest writing center in the United States, and she has taught writing in Massachusetts state prisons. Born in Germany and raised in Brooklyn and London, Katrin lives in Boston and Key West.