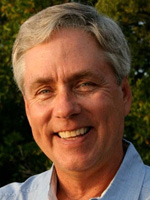 Bestselling novelist and journalist Carl Hiaasen is among South Florida’s most colorful natural resources. His comic style—Hiaasenesque—combines thrilling plot lines, blunder-prone schemes, wayward men and headstrong women, corrupt politicians, and a loving nod to the natural (and unnatural) landscape of the Sunshine State.

Hiaasen also writes a regular column for the Miami Herald, where he has worked since 1976. His writing has won numerous journalism awards, and his work was recently included in a national compliation called Deadline Artists: America’s Greatest Newspaper Columns. He’s also the author of The Downhill Lie, a bestselling memoir about his harrowing return to golf after a “much-needed” 32-year layoff.

Hiaasen has been profiled on “60 Minutes” and has appeared as a guest on the “Today Show,” the “Colbert Report,” and “Morning Joe.” He has also published four books for young readers, including Chomp and Hoot, which was awarded a Newbery Honor.

A new collection of Hiaasen’s newspaper columns, Dance of the Reptiles, will be published January 28 by Vintage.