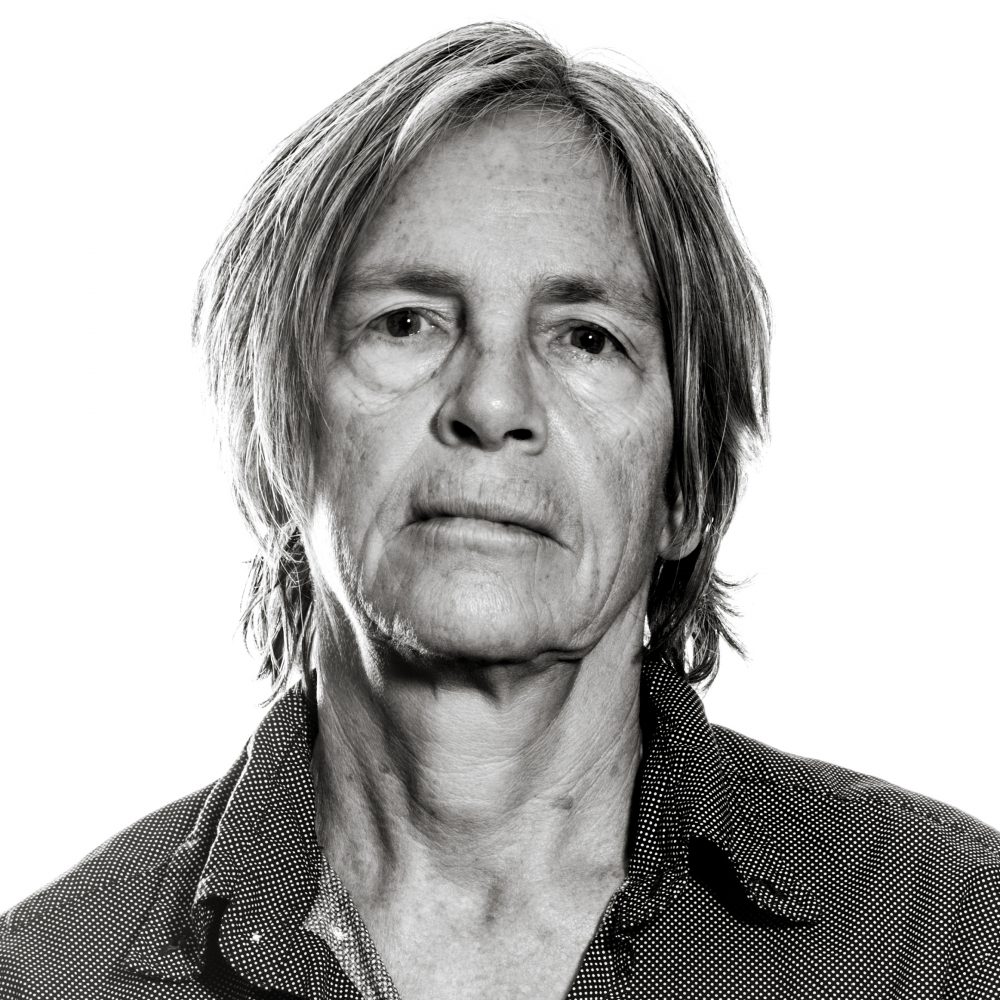 Eileen Myles came to New York from Boston in 1974 to be a poet, subsequently a novelist, public talker, and art journalist. A Sagittarius, their twenty-two books include For Now, evolution, Afterglow: (a dog memoir), I Must Be Living Twice: New and Selected Poems, Chelsea Girls, and a 2017 re-issue of Cool for You.

They have contributed to a wide number of publications including the New Yorker, Harpers, the New York Times, the Nation, Playboy, and New York Magazine. They’ve contributed essays to catalogs for individual artists and have been reading, talking, and presenting their work in festivals, at colleges, galleries, museums, and bookstores all over North America, South America, Europe, Iceland, Australia, and New Zealand since the early 1980s. In 2019 they wrote and directed an 18-minute super 8 film, The Trip, a puppet road film.

Myles was elected to the American Academy of Arts & Letters in 2020 and received the the Bill Whitehead Award for Lifetime Achievement from the Publishing Triangle. They are the recipient of a Guggenheim Fellowship in nonfiction and have received a poetry award from the Foundation for Contemporary Arts. In 2016 they received a Creative Capital grant and the Clark Prize for excellence in art writing. Myles lives in New York City and Marfa, Texas.

Video: Interview with Myles on the Louisiana Channel: A Poem Says ‘I Want’