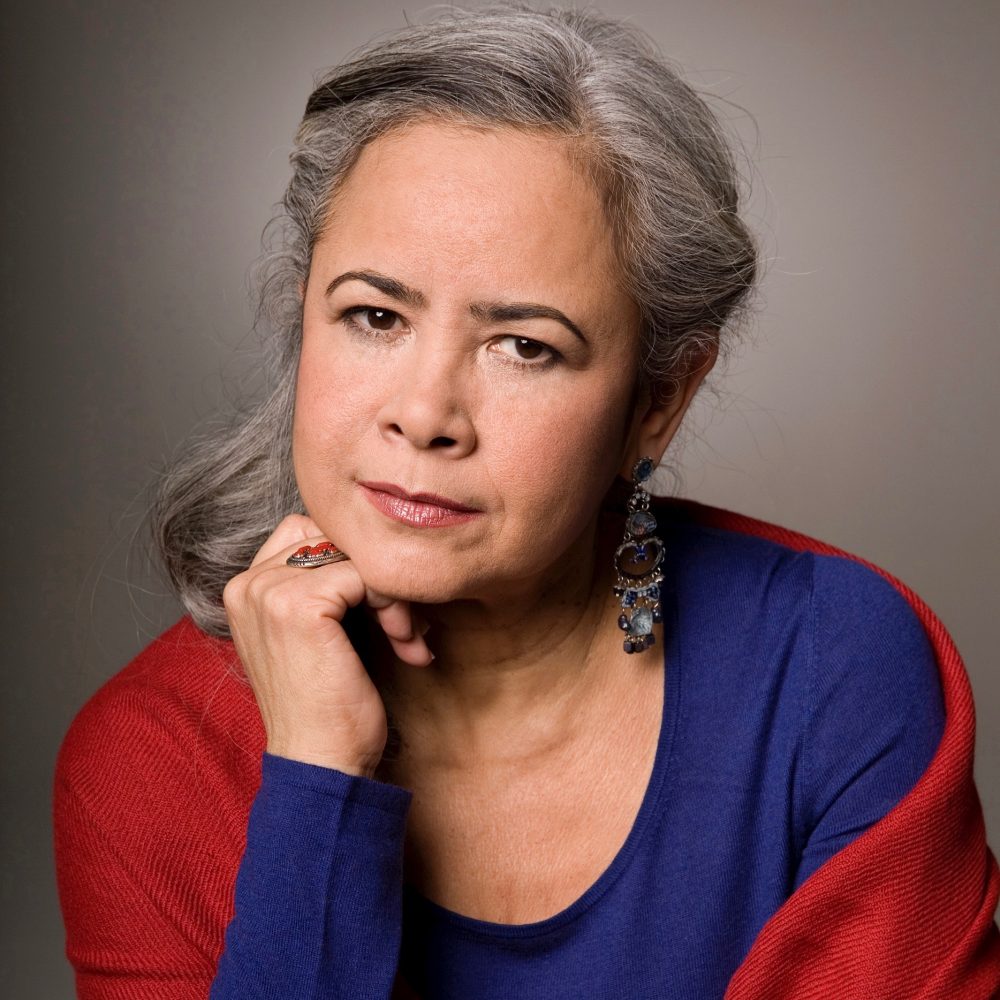 Esmeralda Santiago was born in Puerto Rico and came to the United States when she was thirteen years old. She is the author of three memoirs, two novels, a children’s book, and has co-edited two anthologies of Latino literature. Her transcultural experiences growing up in a rural bario, poor and disenfranchised, inspire much of her work. Her books have been translated into fifteen languages.

Upon publication of the ground-breaking memoir When I was Puerto Rican, Santiago was hailed as “…a welcome new voice, full of passion and authority” by the Washington Post. Her first novel, America’s Dream, has been made into a movie by executive producer Edward James Olmos. Her second memoir, Almost a Woman, was adapted into a film for PBS’s The American Collection. She is the only living author in this prestigious series that includes James Agee, Willa Cather, Langston Hughes, Eudora Welty and Henry James. The film was awarded a George Foster Peabody Award for excellence in broadcasting.

Santiago graduated from Harvard University, earned an MFA degree in fiction writing from Sarah Lawrence College, and has honorary doctorates from Trinity College, Pace University, Metropolitan College of New York, and University of Puerto Rico, Mayagüez. She has served on the boards of the Jacob Burns Film Center, the Scholastic Art & Writing Awards, and PEN American Center. She is passionate about the need to encourage and support the artistic development of young people with storytelling and media literacy. She is a spokesperson on behalf of public libraries and has traveled extensively as a cultural ambassador for the State Department. Santiago’s essays and opinion pieces have been published widely, and she is a frequent guest commentator on NPR’s All Things Considered, Morning Edition, Latino USA, and the Takeaway.

Support local & independent booksellers! Click above to buy from Books & Books @ The Studios of Key West. Use “KWLS18” at checkout for a 10% discount. Free shipping, or pickup at local bookstore.

“Puerto Rico in History, Imagined and Real” in the New York Times
“How Writer Esmeralda Santiago Lost and Then Regained the Ability to Read” in the Washington Post