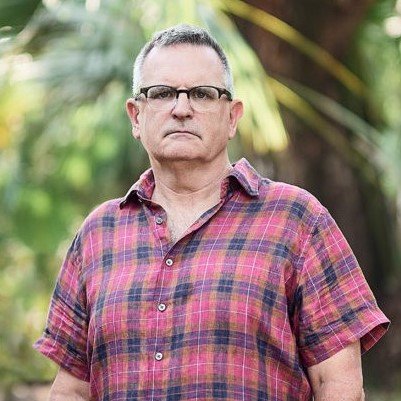 Gilbert King is the writer, producer, and host of Bone Valley, a nine-part narrative podcast about murder and injustice in 1980s central Florida, from Lava For Good podcasts. He is the author of three books, most recently, Beneath a Ruthless Sun. His previous book, Devil in the Grove, was awarded the Pulitzer Prize for general nonfiction in 2013. A New York Times bestseller, the book was also named runner-up for the Dayton Literary Peace Prize.

King has written about race, civil rights, and the death penalty for the New York Times, Washington Post, and the Atlantic, and he was a 2019-20 fellow at the Dorothy and Lewis B. Cullman Center for Writers and Scholars at the New York Public Library. King’s earlier book, The Execution of Willie Francis, was published in 2008. He lives in Brooklyn, New York.