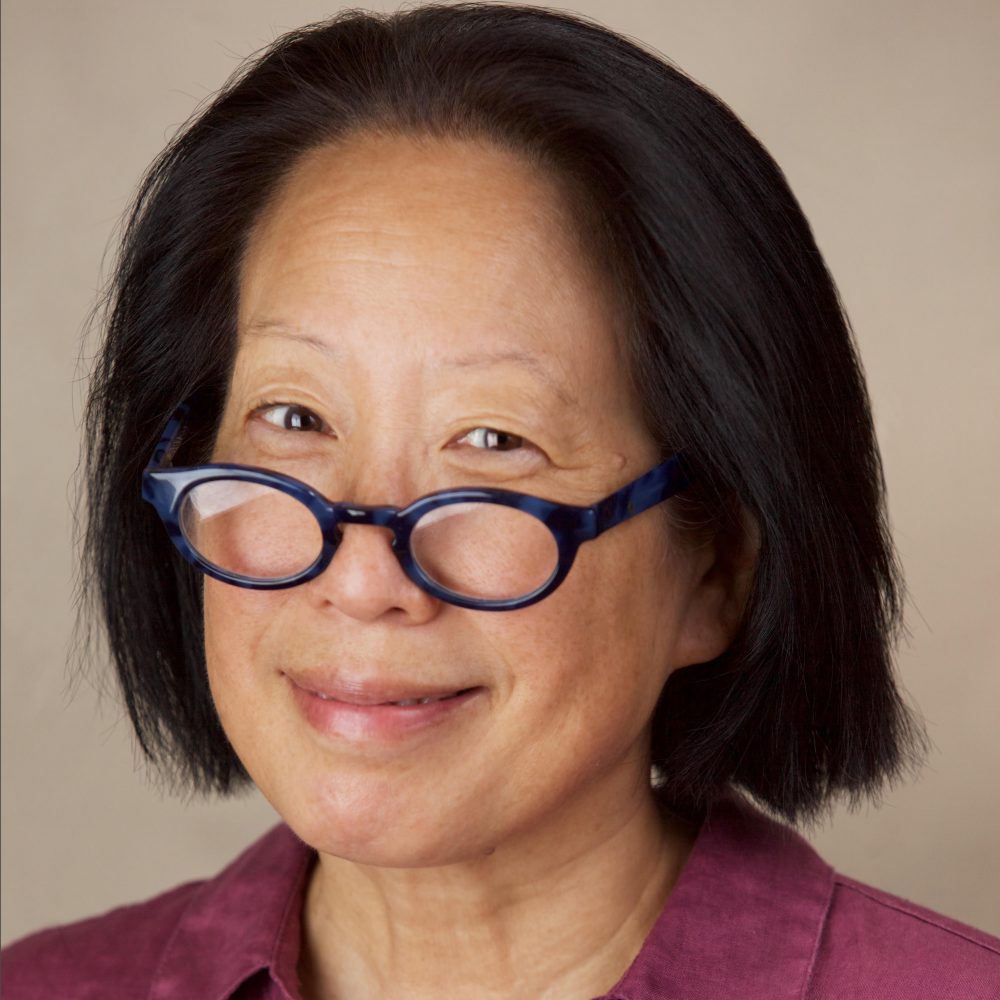 Gish Jen has published short work in the New Yorker, the Atlantic, and dozens of other periodicals, anthologies, and textbooks. Her work has appeared in The Best American Short Stories anthologies four times, including The Best American Short Stories of the Century edited by John Updike. Nominated for a National Book Critics Circle Award, her work is widely taught and was featured in a PBS American Masters special on the American novel.

Jen is a member of the American Academy of Arts and Sciences. She has been awarded a Lannan Literary Award for Fiction, a Guggenheim Fellowship, a Radcliffe Institute for Advanced Study Fellowship, and a Mildred and Harold Strauss Livings Award from the American Academy of Arts and Letters. She has also delivered the William E. Massey, Sr., Lectures in the History of American Civilization at Harvard University.

Her newest novel is her eighth book. Called The Resisters, it will be published by Knopf in February.

Gish Jen’s website
Penguin Random House page for The Resisters
“Jen on the Poignancy of an Adopted Language,” the New Yorker, March 12, 2018
“In Girl at the Baggage Claim, Exploring the Cultural Divide Between East and West,” NPR’s Here & Now, March 8, 2017