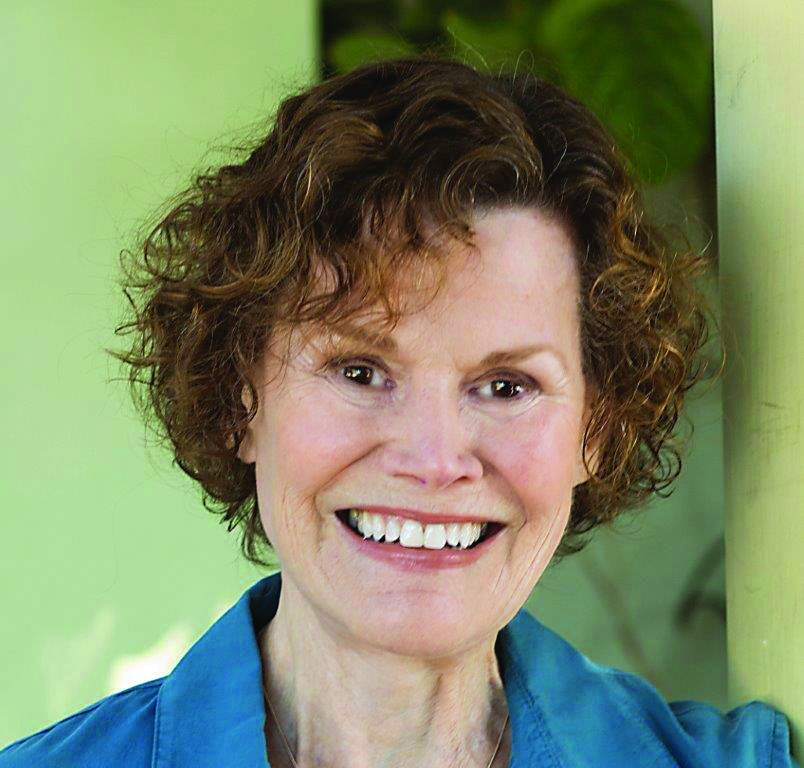 Judy Blume spent her childhood in Elizabeth, New Jersey, making up stories inside her head. She has spent her adult years in many places doing the same thing, only now she writes down her stories on paper. Adults, as well as children, will recognize her titles such as Are You There God? It’s Me, Margaret; Blubber; Just as Long as We’re Together; and Tales of a Fourth Grade Nothing. Blume has also written novels for adults that include Wifey, Smart Women, Summer Sisters, and her most recent, In the Unlikely Event, all of them New York Times bestsellers.

Together her twenty-nine books have sold more than ninety million copies in thirty-two languages and have been a touchstone for countless young readers, many of whom have been inspired as grownups to write their own books. Blume’s knowing voice and honesty come with a price: the American Library Association has consistently placed her at or near the top of its list of authors most frequently banned. In turn, she has championed intellectual freedom by working diligently with the National Coalition Against Censorship (NCAC) to support teachers and librarians who fight to keep challenged books on their shelves.

Her most recent awards include being honored by the Authors Guild Foundation for Distinguished Service to the Literary Community in 2020 and being conferred a Doctor of Letters honorary degree by Yale University in 2021.

Judy serves on the boards of the National Coalition Against Censorship and the Key West Literary Seminar. Additionally, she is an advisory member of the boards for both the Authors Guild and the Society of Children’s Book Writers and Illustrators.

In 2016 Blume and her husband, George Cooper, longing for a bookstore in Key West where they live, founded the independent, non-profit Books & Books @ The Studios of Key West.

Video: Blume and Chelsea Handler at the 2020 MAKERS Conference