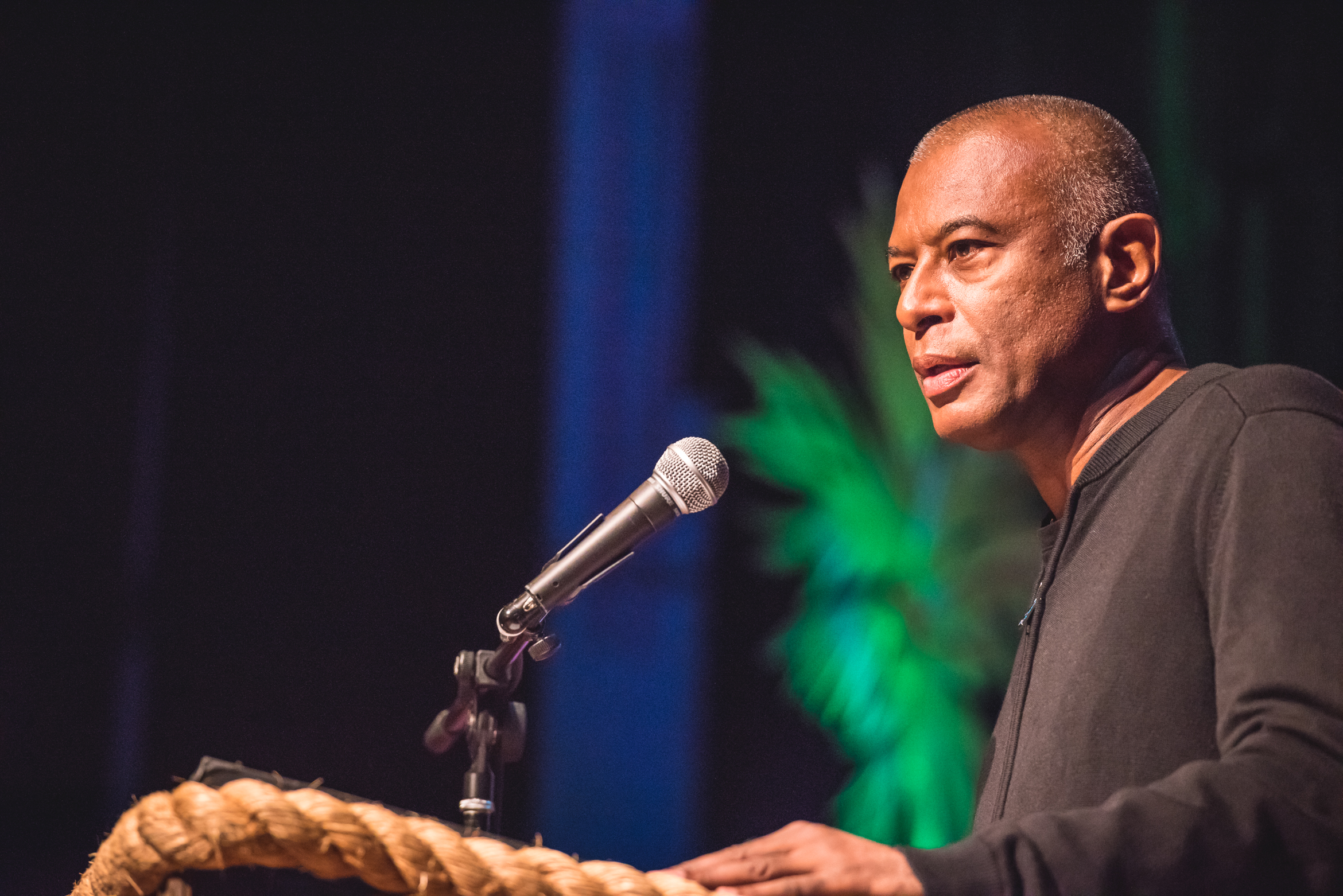 By April Conley
Caryl Phillips read from his forthcoming novel A View of the Empire at Sunset, whose main character is based on novelist Jean Rhys. After a brief background on Rhys’s biography and history in the Caribbean as someone who spent her early life in Dominica, Philips explained that when Rhys was 45 years old, her second husband took her on a much-anticipated trip back to the Caribbean. Despite Rhys’s high expectations for her return home, no written record of it exists. Phillips’ novel thus seeks to create this time in Rhys’s life. Phillips wrote the book in 65 sections, and he read from the later sections as Rhys’s character approaches the Caribbean and gives full voice to her tortured relationship with her husband.
As Rhys enters the Caribbean, she moves farther away from her husband and increasingly toward the islands and the people who inhabit them. As Phillips said, she reenters “her world,” which one feels exists distinctly apart from her relationship with her husband—Leslie Tilden Smith. She handles the food and the climate better than her husband, and intuits the class situation of her hosts with very little information. In fact, Phillips’ descriptions of the disparity in these two peoples’ encounter with the Caribbean immediately reminds one of Antoinette and Rochester on their honeymoon in Wide Sargasso Sea. The sections Phillips read from ended with the Rhys character waking from a dream and going to the beach to watch the sun rise. Again, this hearkens back to Antoinette’s dream in Rhys’s novel when she wakes from a troubled dream to find the world has changed.
During the question and answer period, Phillips noted Rhys’s influence on his works, and asserted that he stopped reading Rhys while working on this novel so that he could authentically create her voice in his own work. He also claimed and reclaimed her as an important Caribbean author in her own right. Thus, he ended his talk by lyrically connecting his own writing with many of the themes explored thus far of identity, place, and influence.
April Conley Kilinski is an English Professor and English Program Director at Johnson University in Knoxville, TN.