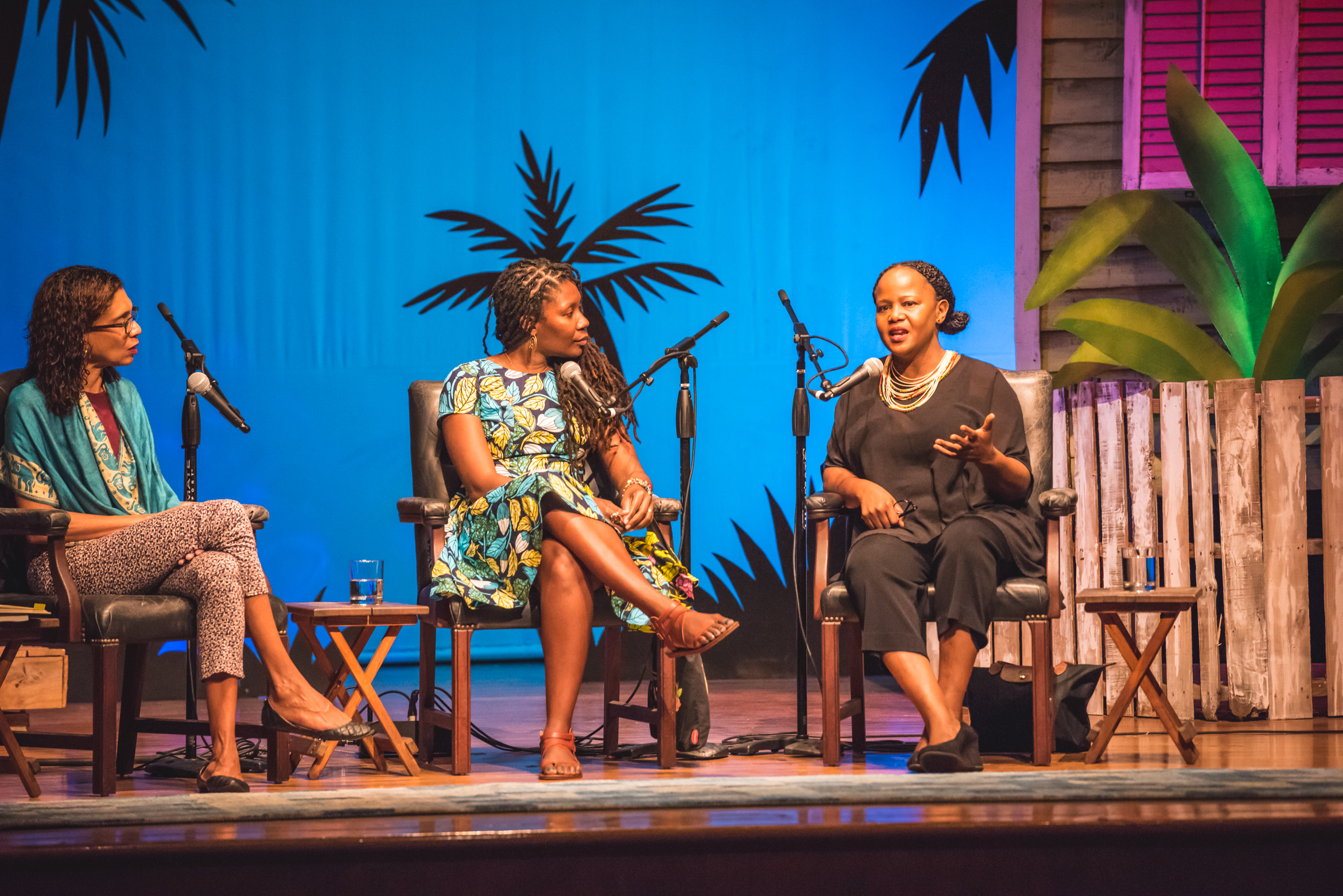 “So I’m apparently from a shit hole country,” Edwidge Danticat announced in her opening remarks to Friday morning’s panel, “Unpacking Paradise: Writing Honestly About People and Place.” This sharp observation, a reference to President Trump’s recent vulgarities about Haiti, underscored the surreal timing of this year’s Key West Literary Seminar, a time of racial backlash, but also frank and open discussion on identity and representation. The three panelists, Elizabeth Walcott-Hackshaw, Nicole Dennis-Benn, and Danticat, discussed language as identity, the pressure to obscure less savory elements of island life and representation as an exile.

Walcott-Hackshaw, who is from Trinidad and served as moderator and panelist, questioned the concept of paradise. Paraphrasing Frantz Fanon, she suggested that the Caribbean, viewed by tourists as a simple paradise, possessed cracks in the edifice, adding, “If life is a broken vase pieced back together, I always felt myself more interested in the cracks.”

Danticat agreed, saying that the “issue of paradise is tricky for us.” Both Danticat and Dennis-Benn spoke extensively about the pushback they had received on their work, much of which explores working class Caribbean life and all of its complexity. Many have suggested that these women, as prominent writers living in the U.S., have a responsibility to depict their countries in a more positive light—to not “air the dirty laundry,” as Dennis-Benn put it. The panelists disagreed with this notion. “I love Jamaica enough to critique it,” Dennis-Benn said. “Who are these people behind the [paradise] fantasy? These people have lives.”

“Haiti used to be a place where people would speak about us,” Danticat said. In her view, reclaiming Haitian representation from the gaze of the tourist was more important than cherry-picking pleasant scenes. Ultimately, all three panelists subscribed to James Baldwin’s view: “not everything that is faced can be changed, but nothing can be changed until it is faced.”

Ruby Blackerby Hernandez teaches film and media studies at a public arts high school in West Palm Beach, FL. She is particularly interested in the concept of geography and language as it affects storytelling.