Both authors credit James Baldwin’s short stories and essays as enormous influences on their work as writers of color, and for the Dominican-born Díaz, on helping him to understand exile in light of the immigrant experience.

Both Díaz and Als agree that the short fiction form has been immensely influenced by the essay.

“There’s something achingly true about the short form’s ability to wrestle with complexity,” Díaz contends, whereas “the only agreement in the novel is that it won’t end until the last page.”

Díaz came to writing in an effort to explain “myself to myself—trying to understand what transpired in the immigrant experience” of moving from the Dominican Republic to New Jersey as a teenager. “Writing was like an extra brain for me, an extra soul.”

Als, on the other hand, approached writing as “a way of speaking in a house full of women.” He came of age listening and learning from his mother and her frequent use of metaphor in everyday conversation. His mother was actually his first reader. He would leave his writing for her in the kitchen late at night, and she would make comments on his drafts. 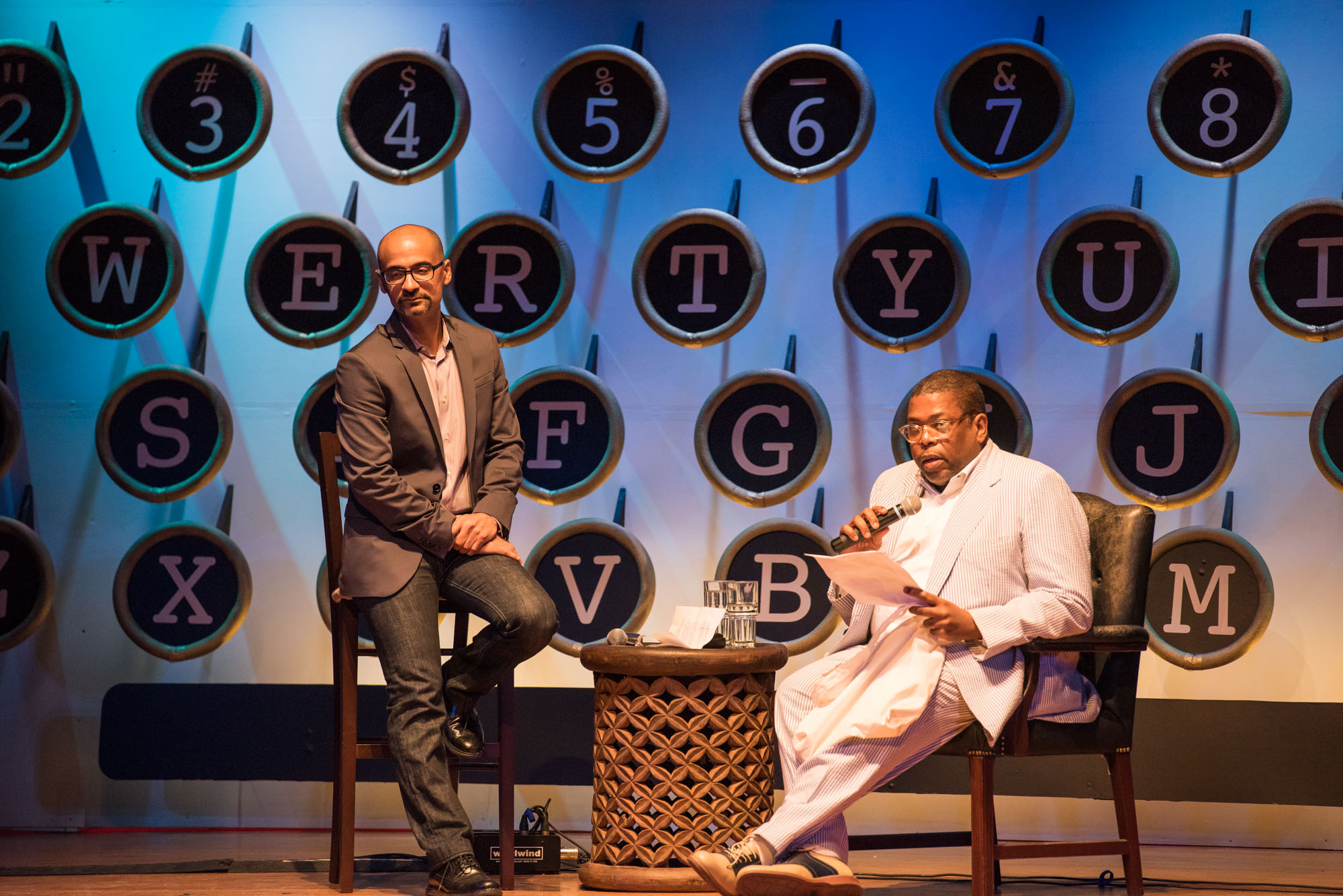 As developing writers, Díaz and Als both valued Baldwin for his ability to “bear witness” to their realities. In a world dominated by white culture, he had a voice that reflected their experiences. There was “a level of acceptance” contained in his experience of reading Baldwin, Díaz said: “It gives value. It’s not a bad thing to have confirmation. It’s not a bad thing to have residence.”

The talk continued with a discussion of the artist finding his place in form. “How do we find a home?” Díaz asked. “One has to journey far to find a place you can call home—[a place] to rest your head and your heart.”