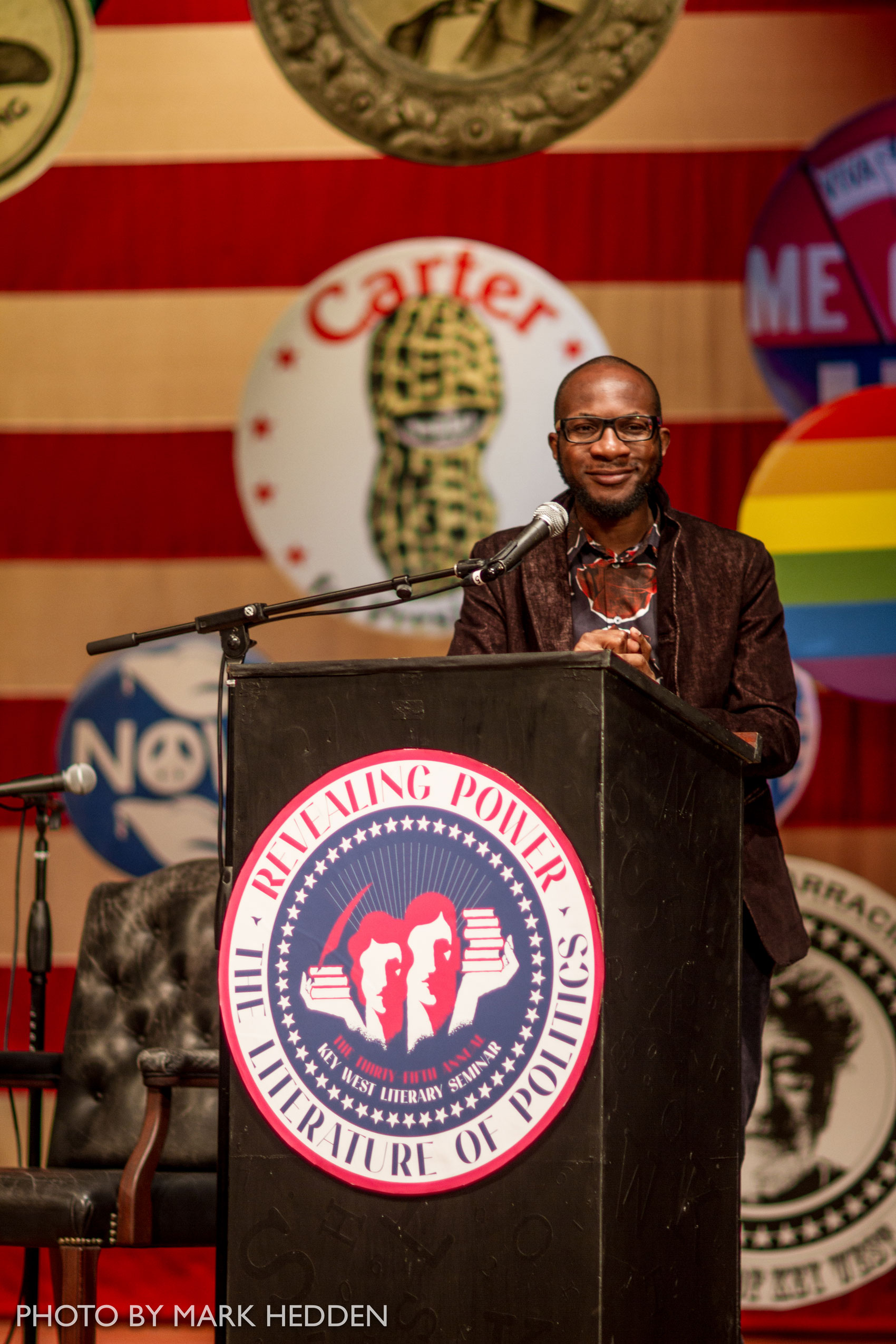 Teju Cole began his talk on Friday morning, “Power and Subjectivity,” with a disclaimer about racism. It is not about being rude, nor a lapse in manners, but is rather “an expression of systemic power” that, paradoxically, is experienced in subjective ways.

To further elucidate this paradox, Cole took us on a journey to Leukerbad, Switzerland, where he spent some days in late 2014 on a pilgrimage of sorts. He read aloud his reflections of the trip, which are recorded in “Black Body,” the opening essay in his latest book, Known and Strange Things.

There is a time-travel component as well, for Cole had gone to retrace the steps of James Baldwin, who decades earlier had traveled to the same Swiss hamlet. Baldwin recounts his experience of being the sole black man in the all-white community in his famed essay, “Strangers in a Village.”

Cole introduced “Black Body” as a work about Baldwin, Switzerland, finding a place in a certain lineage, but also as an homage to a particular literary style. The essay, in the tradition of Baldwin, explores what it means to be black, in America and elsewhere in the world, contrasting both experiences with that of merely being a stranger. (“To be a stranger is to be looked at, but to be black is to be looked at especially,” Cole observes.)

If there is a unifying element to the black experience, he posits, it is the burden of having to constantly explain his identity. “I feel myself in all places, from New York City to rural Switzerland, the custodian of a black body, and have to find the language for all of what that means to me and to the people who look at me,” Cole writes.

Yet the impact of racism extends beyond the bodies of those it most oppresses, permeating through the very soul of the United States. “American racism has many moving parts, and has had enough centuries in which to evolve an impressive camouflage. It can hoard its malice in great stillness for a long time, all the while pretending to look the other way. Like misogyny, it is atmospheric.”

Much like Baldwin, Cole reminds his audience that racism is woven integrally into the fabric of American identity—that it is constitutional, not merely incidental, and that we do ourselves a disservice to assume otherwise. When asked during the Q&A session following his talk where we are to go from here, Cole responded unsubtly, “You have to give up platitudes. If you have a pretty story for yourself about what [the] United States is, it ain’t.”

“The time for naiveté is over,” Cole admonished. “We have to be forthright. No more sentimentality.”