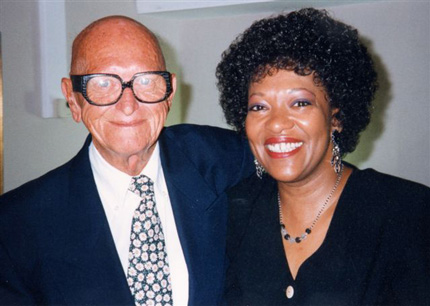 John Malcolm Brinnin and Rita Dove aboard the Queen Elizabeth 2 in 1995. Photo by Fred Viebahn.

John Malcolm Brinnin helped establish New York City’s 92nd St. Y as a national focal point for poetry in the 1950s and was a crucial influence on the Key West Literary Seminar in our early years. The author of Grand Luxe: The Transatlantic Style, he was also a great fan of travel aboard luxury ocean liners, the now-extinct class of which the QE2 was the highest iteration. Rita Dove, at the time, was the nation’s poet laureate.