In 1986, the Fourth Annual Key West Literary Seminar was devoted entirely to the playwright Tennessee Williams. “Tennessee Williams in Key West” brought a number of Williams’s friends and associates to Key West, including publisher James Laughlin and playwright James Leo Herlihy. In preparation for his panel, “The Playwright as Poet,” John Malcolm Brinnin drafted a five-page manuscript on Williams. In the text, Brinnin recalls the first time he met Williams in Greenwich Village and likens the young playwright to a “shy child.” He then delves into what made Williams a “man who spoke from, and to, a broad seam of modern consciousness,” which Brinnin finds established Williams as a poet as much as he was a playwright. 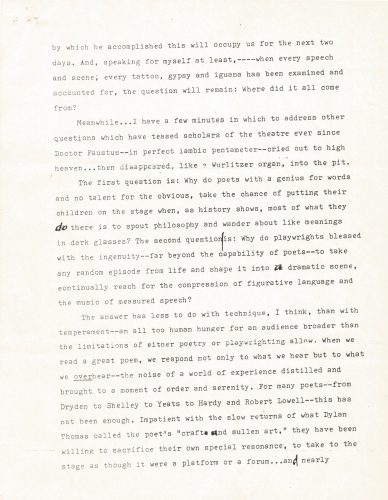 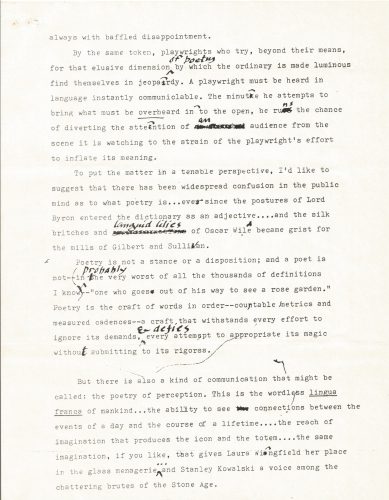 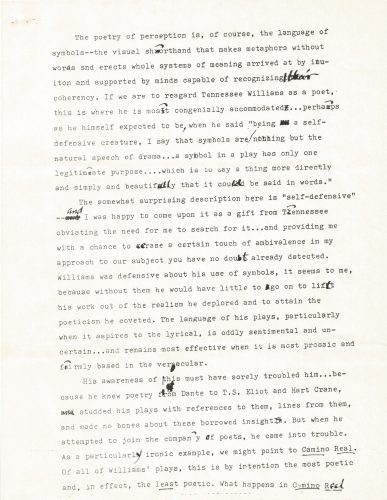