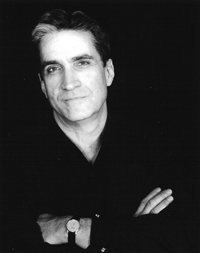 photo by Robert Van Otteren
Three-time United States Poet Laureate Robert Pinsky has been named the keynote speaker for the 28th annual Key West Literary Seminar. Pinsky will deliver the John Hersey Memorial Address on Thursday, January 7, 2010, to kick off Clearing the Sill of the World, a celebration of 60 years of American poetry that will feature a total of eight Poets Laureate, including current Laureate Kay Ryan, Rita Dove, Billy Collins, and our guest of honor Richard Wilbur.

As Poet Laureate from 1997-2000, Pinsky founded the Favorite Poem Project, an enormously popular initiative dedicated to celebrating, documenting, and encouraging poetry’s role in Americans’ lives. This unique project resulted in a series of video documentaries showcasing individual Americans reading and speaking personally about poems they love, as well as an anthology, Americans’ Favorite Poems, that is now in its 18th printing. In addition to this project, Pinsky has championed poetry’s presence in American life with columns in The Washington Post and Slate, television appearances on The Simpsons and The Colbert Report, and videos on internet outlets including YouTube and BigThink. He is the author of seven collections of poetry, most recently Gulf Music; collections of essays including the National Book Critics’ Circle Award-nominated Poetry and the World; and translations including the work of Polish poet Czeslaw Milosz and a landmark version of Dante’s Inferno that received the Los Angeles Times Book Award in poetry and the Howard Morton Landon Prize for translation.

The John Hersey Memorial Address was established by members of the literary community in fond remembrance of Hersey (1914-1993), an acclaimed journalist, novelist, short-story writer, and much-loved figure in Key West, where he lived with Barbara, his wife, for many years. Hersey’s writings include the Pulitzer Prize-winning A Bell for Adano, Hiroshima, A Single Pebble, and Key West Tales.